TRANSIT took note of this “sort-of-an-update” on the KL-Singapore High Speed Rail Project:

“The findings of this study will allow the Government to decide on where to place key stations.

“However, a more detailed study would have to follow to further refine the project’s plan,” he said at a briefing on half-year results for six focus areas in the Government Transformation Programme.

It was also revealed that the My Rapid Transit (MRT) system will have independent monitors to ensure proper delivery and governance of the RM20bil intra-city rail project.

[TRANSIT: They’re not talking about us, but they should know that we will be independently monitoring the “MyRT” project to the best of our abilities.]

Pemandu director for Corruption NKRA Ravindran Devagunam said the monitoring would be from “cradle to the grave”, adding that the Malaysian Anti-Corruption Commission and the Auditor-General (AG) would be the monitors from the public sector.

[TRANSIT: ‘Cradle to the grave’ huh? Actually, that doesn’t make much sense since the project has already got legs of its own (meaning it is way out of the cradle). From what we’ve seen there hasn’t been a good job of monitoring the project so far.]

He said this would be the first time the AG was involved in the oversight mechanism at the beginning of a project rather than at the end, which was the usual practice.

Pemandu is also looking at enlisting professional bodies, engineers and non-governmental organisations as independent monitors for the MRT.

In March, the Land Public Transport Commission, which oversees the implementation of the MRT and HSR, announced the appointment of consulting firm McKinsey as the Government’s value management study consultant to scrutinise the plans and obtain optimum cost efficiency for the MRT.

[TRANSIT: Yeah, and there were no issues with that appointment?]

The MRT and HSR are both large-scale projects under the Economic Transformation Programme.

The HSR, estimated to cost RM8bil to RM14bil, will stretch about 400km and reduce travelling time between KL and Singapore to 90 minutes from the current seven hours.

However, analysts have said that a key challenge facing the Government in these projects was coming up with the required funding.

In the MRT’s case, it was reported that the Government will create a special-purpose vehicle to raise bonds to finance the project.

Analysts said bonds issued by the Government would be deemed as part of government debt by some rating agencies.

“The more bonds issued by the Government, the higher our debt-to-gross domestic product ratio, which is an indicator used by rating agencies to determine a country’s sovereign rating,” a fixed-income analyst said.

On the HSR, analysts said its cost would put a drag on the Government’s finances, suggesting instead that enhancing KTM Bhd’s existing services and infrastructure might be a better option.

We hear a lot from the Government and Pemandu about how the MRT & HSR projects will be well-managed, above board, independently monitored, etc.

But despite all the talk there are still issues about how the projects are being managed on a day to day level … from the lack of open & transparent planning information & data to the direct negotiation & selection of the Project Delivery Partner (and allowing that partner to bid for a contract).

The government & Pemandu have to realize that international observers are observing Malaysia and they are concerned about the process for selection of contractors, the lack of transparency and security (among others).

Our concern is the same as it always has been – a government too focused on the public transport “megaproject” will not be able to resolve the small issues that really make a difference for public transport users.

Ahmad Suhaili Idruce should realize that, as nice as a new MRT or High Speed Rail will be, the success or failure of the ETP & the Urban Public Transport NKRA will be based on how well they can make buses and taxis work.

3 thoughts on “HSR Update: Pre-feasibility study findings on KL-S’pore high-speed rail to be known in a few weeks”

For more information, on how to get around the TRANSIT website and what we do here, click here. 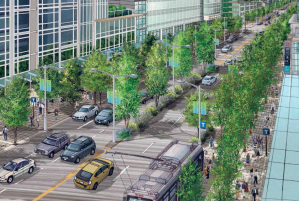