Moaz from TRANSIT attended a press conference held by Putra Heights residents regarding the plan to extend the Kelana Jaya LRT line to Putra Heights.

The residents are objecting to the possibility that the extension would run past a Tenaga Nasional powerline and past their houses within Putra Heights.  In the image below, the path of the extension (as they see it) is shown in green.

This new route was different from the plan within the Selangor State Structural Plan (shown below) which has two “Laluan Transit” (not necessarily LRT but possibly bus lanes) running along the outside of Putra Heights. As you can also see from the image shown, in the official plan the Laluan Rel (the LRT line) ends at USJ17.

As you can imagine the residents are unhappy about what they see as a secretive change in plans without open, transparent public consultation (not public briefing).

The press conference was highlighted in the Chinese press but ignored by the other newspapers. 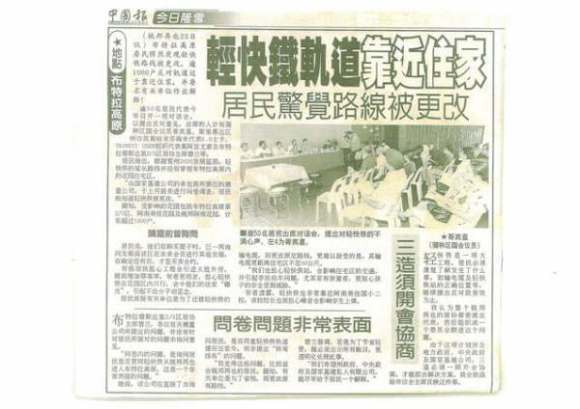 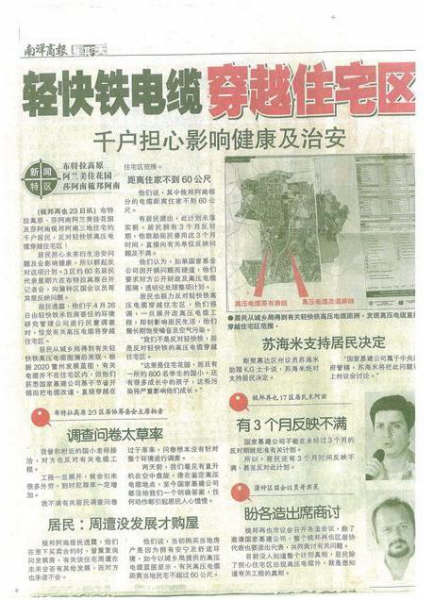 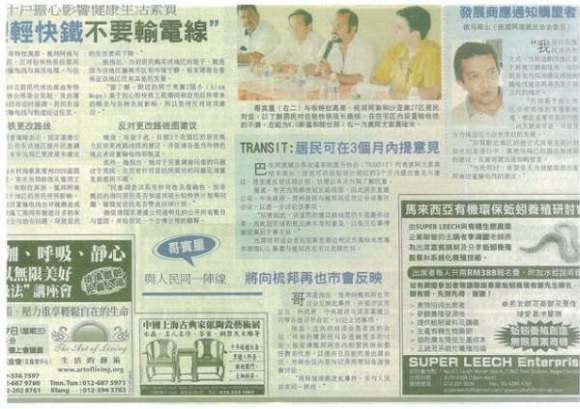 Watch for more follow-up about this issue

[…] Press Conference by residents of Putra Heights regarding LRT extension […]

[…] Press Conference by residents of Putra Heights regarding LRT extension […]